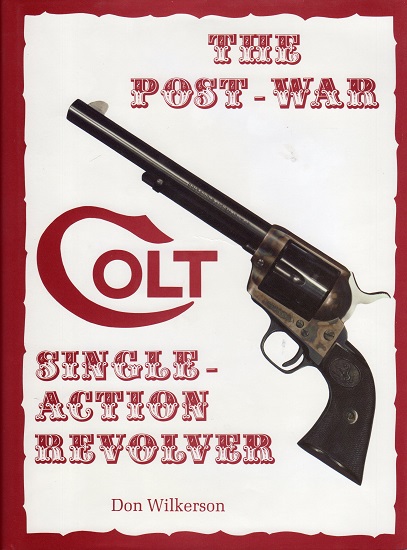 Dallas: Taylor Publishing Co., 1980. xiii,335pp. Index. Bibliography.  Photographs, both color as well as black and white. Brown faux leather covers with the title in raised letters on the cover and spine. Second edition, expanded from 1978 first edition, limited to 600 numbered copies. INSCRIBED. Except for slight foxing to the top edge, it is a fine copy in an equally nice jacket. Presented in reference form, this is the complete story of Second-Generation Colt Single Action revolver as produced during the period 1955-1975. This volume studies all the major variations, as well as engraved revolvers, consecutive sets, special orders, special editions, and much more. The book gives a detailed look at each major component that makes up the Post-War Single-Action  as well as complete production figures for each variation. A comprehensive study of the Colt single-action of this period. This is the companion volume to the author’s The Post-War Colt Single-Action Revolver, 1976 – 1986.