TROUBLES IN TEXAS, 1832: A TEJANO VIEWPOINT FROM SAN ANTONIO. 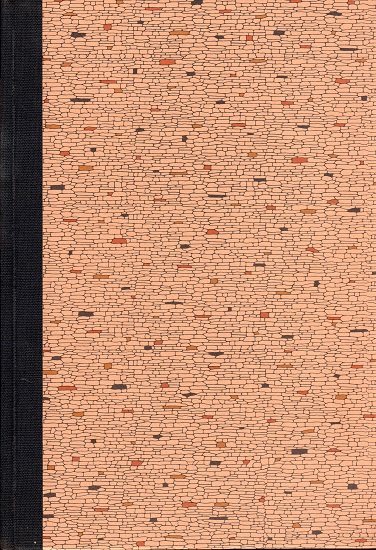 Weber, David J. [editor] & Conchita Hassell Winn [translator]. TROUBLES IN TEXAS, 1832: A TEJANO VIEWPOINT FROM SAN ANTONIO. Dallas: DeGolyer Library, 1983. viii,60pp. Illustrations. Footnotes. End paper map of San Antonio. Reproduces the original Representacion Dirijida Por El Ilustre Ayuntamiento De La Ciuda de Bexar…. [Petition Addressed by the Illustrious Ayuntamiento (City Council) of the City of Bexar to the Honorable Legislature of the State, To Make Known the Ills which Afflict the Towns of Texas and Grievances They Have Suffered since Their Union with Coahuila] in facsimile. Brown and black patterned paper over boards with black cloth spine and paper spine label. Designed and printed by David Holman at the Wind River Press. First edition, limited edition of 400 copies. INSCRIBED to a Dallas historian and author, Natalie Ornish, and SIGNED by Weber, Winn and Holman. Fine copy. The San Antonio Representacion represents the only published statement of the attitudes of Tejano leaders toward the major issues facing Texans in the years prior to the Texas revolt. Interestingly, these were some of the same criticisms the Anglo-Americans had--- attacks by Comanches, inadequate support for government troops and militia, colonization laws that failed to consider local needs, inadequate judicial system, poor schools, military intervention in civil affairs, and a host of other complaints. It is unique in that the Representacion gives us a glimpse into the views of some of the leading Mexican Texans. Selected as volume one in the Degolyer Library Publication Series.