PICKET AND HIS MEN. 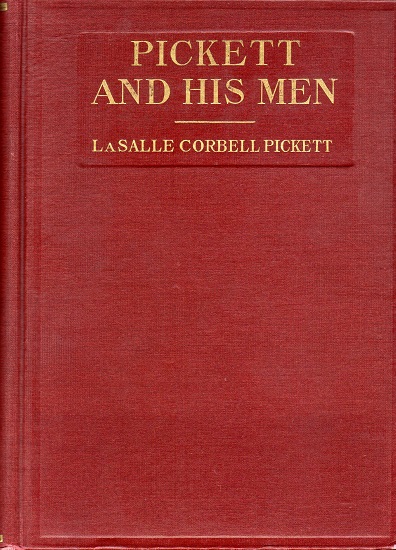 Philadelphia: J. B. Lippincott Co., 1913. xi,313pp. Index. Frontis. portrait. Illustrations (15). Introduction by General James Longstreet. Advertisements. Original maroon cloth. Revised and expanded edition of 1899 first. Very minor wear to the cloth at the toe of the spine, else a bright, fine copy. Internally, there is a small, neat bookplate. A graduate of West Point and a classmate of such notables as George B. McClellan and Thomas “Stonewall” Jackson, Pickett began his Confederate career as a Colonel, then rose to the rank of Brigadier General, in which capacity he served under General James Longstreet. He is best known for commanding the ill-fated charge up Seminary Ridge at the Battle of Gettysburg. After the war, he fled to Canada and was denied a full pardon until only one year before his death in 1875. The author spent the rest of her life honoring her husband and shaping his image as a Confederate hero and this book is the result of her efforts. An exceptionally nice copy.