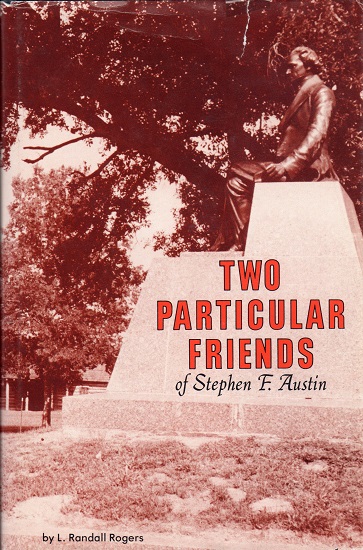 Waco: Texian Press, 1990. x,138PP. Index. Bibliography. Notes. Illustrations. Maps. Genealogical charts. Appendices. Blue cloth with the title in gilt on the spine. First edition. INSCRIBED. Embossed stamp of a previous owner on the front fly, else bright and fine. The dust jacket exhibits a one-inch closed tear on the front panel and very minor edgewear, overall, very good+ or better. The author examines the relationship between Austin and Refugio and Felipe De la Garza and the role they played in the success of Austin’s colony. It was Refugio, through his position in the Congress of the Republic of Mexico, who made possible the confirmation of Austin’s grant. Felipe, as Commandant General with military control over Texas, helped make possible the survival of the colony. Chronicles the lives of the two De la Garzas with a chapter defining and explaining Freemasonry which tied the three friends together. Addresses an aspect of Texas history which has not heretofore been fully examined.