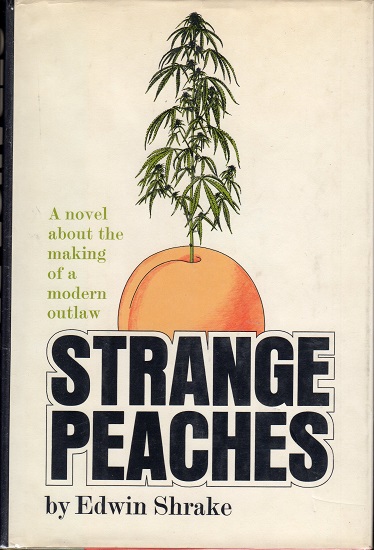 New York: Harper’s Magazine Press, 1972. 375pp. Orange cloth covers with a lime green spine, title in orange on the spine. First edition. SIGNED. One small spot on the top page edges and the rear pastedown, else fine. The unclipped dust jacket shows only slight soiling, else fine. Don Graham: “When anybody asks me what Dallas was like during the time of the Kennedy Assassination, I always refer them to one book: Edwin “Bud” Shrake’s Strange Peaches.” Dallas Morning News: “…It is an iconic, sensitive, sometimes brutally realistic, humorous, and sexy account of crisscrossing lives in Dallas in the Fall of 1963.” John Lee Wallace, star of a successful Western television series, abruptly deserts the show and returns home to Texas, where he plans to film a semiautobiographical documentary revealing, through one man and one place, the darker undercurrents of a nation going mad. A fine, underappreciated piece of Texas fiction, it suffered from abysmal sales; hence, its scarcity today with signed copies being even more so.