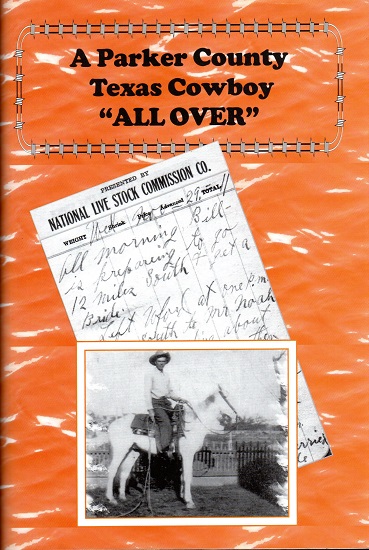 Weatherford:  Privately printed, 2002.  217pp.  Numerous photographs.  SIGNED by the editors.  First edition.  Very fine in an equally nice dust jacket.  Tanner began keeping his first journal in 1903, while working on the famed XIT ranch in the Texas Panhandle.  The journals cover work on other ranches in the area and describe his experiences in homesteading a 160 acre claim in western Oklahoma Territory, where he lived first in a dugout, and, later in a claim shack.  In September, 1907, he moved back to Parker County where he continued to work as a cowboy both for himself as well as for large ranches in the area.  The importance of this work, besides its historical value, is that it represents the frank, unvarnished experiences of a young cowboy at the beginning of the 20th century.  For many years these journals were in the possession of family members and this is their first appearance in print.  Additionally, there are historical sketches of families, places and events in Parker County as well as information on Ben K. Green while he resided there.